DAY OF THE DEATH MEANING 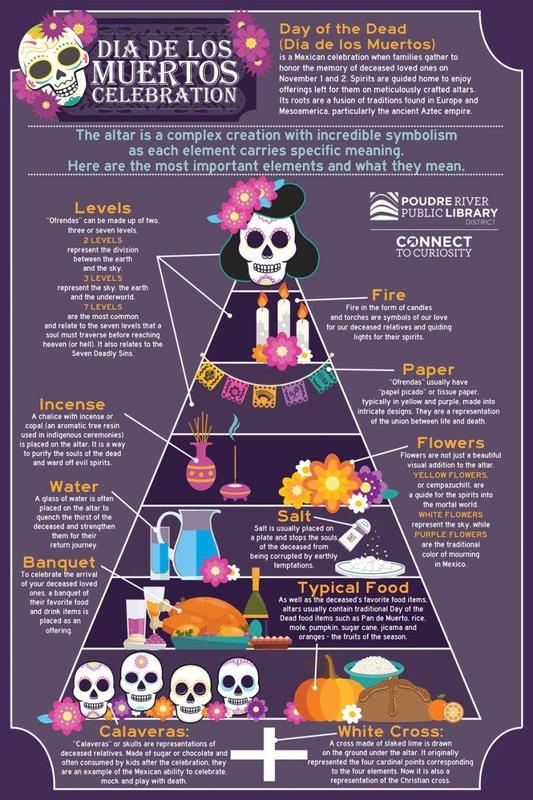 Day of the Dead celebrations are based in the belief that the souls of the ones gone can come back to this world on these days.
Day of the Dead Altar Elements
Day of the Dead altars are set with different elements depending on the region; these differences are established by the availability, seasonal flowers and fruits and the traditional food from the area. Other elements are shared everywhere in the country. Most altars would include some or all of these elements: The souls will only take the essence out of the food and drinks so at the end of the celebration or in some places during the event, the family will gather and eat and drink the offered goodies and often share them with the community members.
https://www.mexican-folk-art-guide.com/day-of-the-dead-altars.html#.XcB7xNJKjIU Fuente: FOLK ART GUIDE